Commissioned by Trend Micro for their Perspectives Live Virtual Experience event, this piece of data-born work comprised of a 4K animation together with accompanying high-resolution images.

At the start of the project, Trend Micro sent me data detailing thousands of attempted attacks on various servers around the world, categorised with a threat level from low to very high. The client had asked me to create a piece which features a musical motif at its core, so the idea of "let the music play" was at the centre of my thoughts. No matter how many threats try to infiltrate, Trend Micro protects your system, and the music plays on.

Using the five threat levels, I created a system to create small cube-like representations for each threat type. The lower the threat, the simpler the cube, whilst the highest threat was visualised as being much more complex.

As the animation begins, we see the Trend Micro system begin to grow and protect what will eventually be the guitar. We see ribbons begin to flow around the guitar, representing a healthy working system. The flow of these ribbons is dictated by the amplitude of the music. Next, the threats appear and try to attack the system, yet are caught in the net like system Trend Micro has deployed.

The video and images were used widely across social media, on the event site and on the Trend Micro site itself. 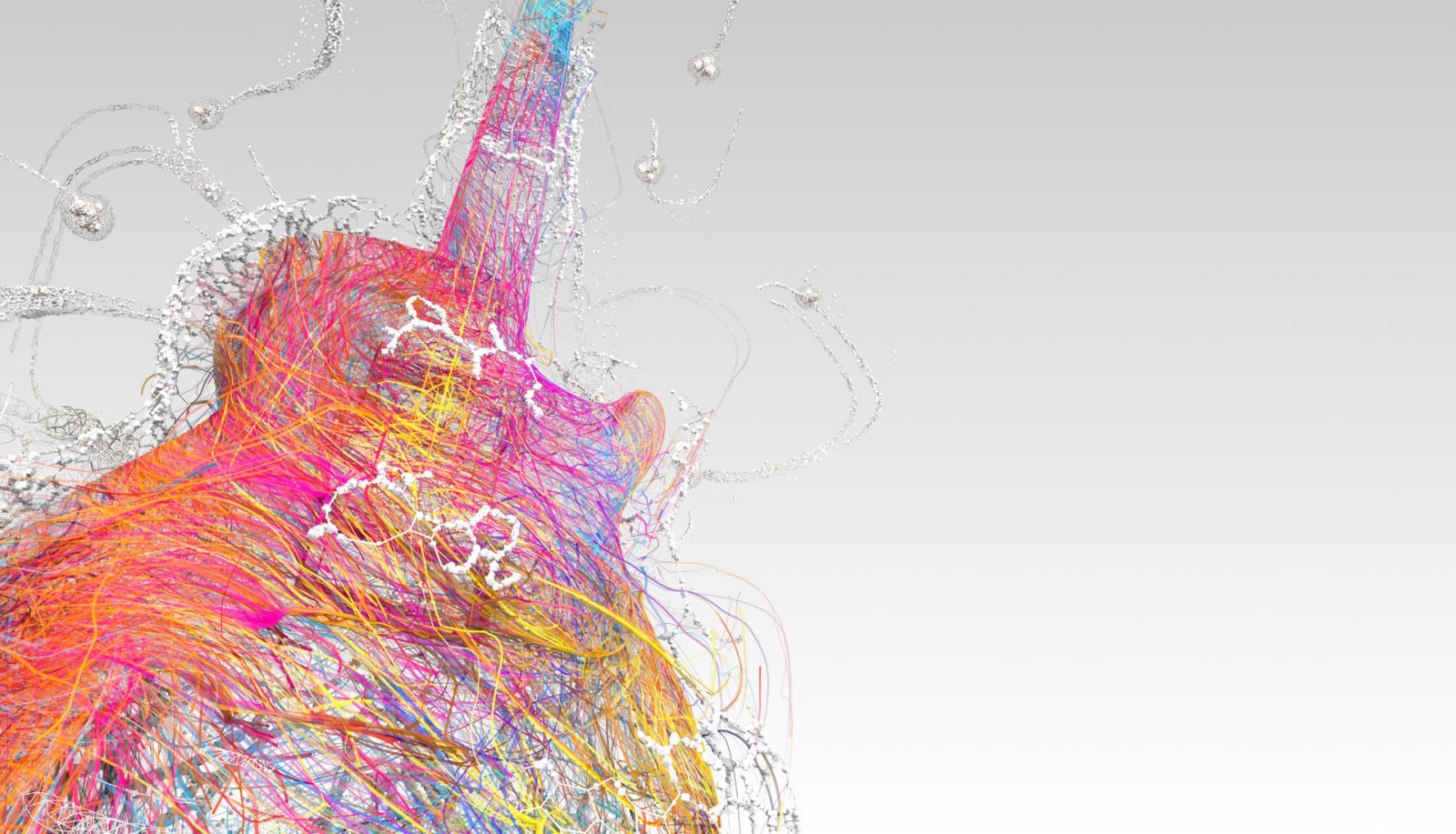 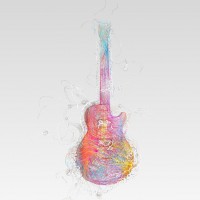 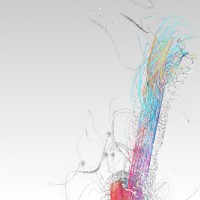 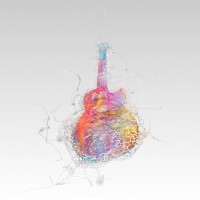 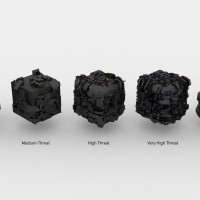