Here, Around and Beyond

As a follow on from my Art of Cybersecurity work for Trend Micro, I was kindly asked to deliver a keynote at a Trend Micro Partner Event in Heidelberg. As part of that I was asked if I could create an image for the event that would be given to each attendee as a gift.

To create this image, Trend Micro shared the attendee data with me which contained metrics such as where the attendee was coming from, their gender and if they were vegetarian.

As well as the data I was given I took a look at where this event was taking place, as I always like to look at the surrounding context. Heidelberg is a very beautiful German town, surrounded by lush forest, so I felt I needed to create something that had a suggestion of the surrounding organic nature.

After several iterations, the final image, created in Houdini, used a series of three concentric disks. The larger out disk represented on of the four countries attendees came from — mostly Germany but also included Austria, Switzerland and Ireland. The middle disk represented if they were vegetarian or not — green if they were. The smallest disk was black for male and white for female. Intertwined within all this are branch like structures, inspired by the surrounding forest, but also to represent the connections that are made at these type of conferences.

The image was printed as an A5 postcard, presented in a biodegradable sleeve, made from corn starch and given to each attendee at the end of my talk. They seemed to love it so much, a large queue developed so I could then sign each one. 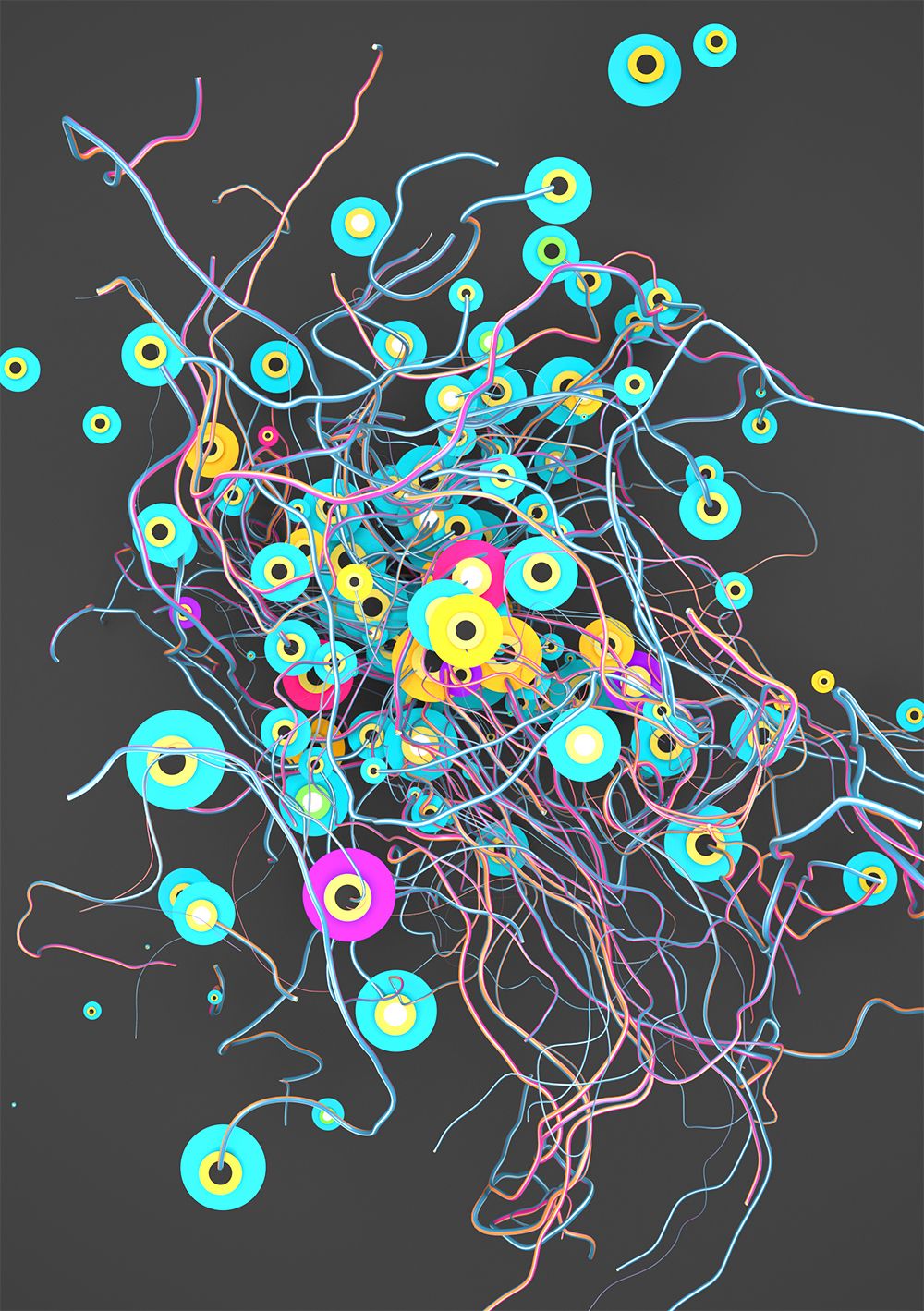